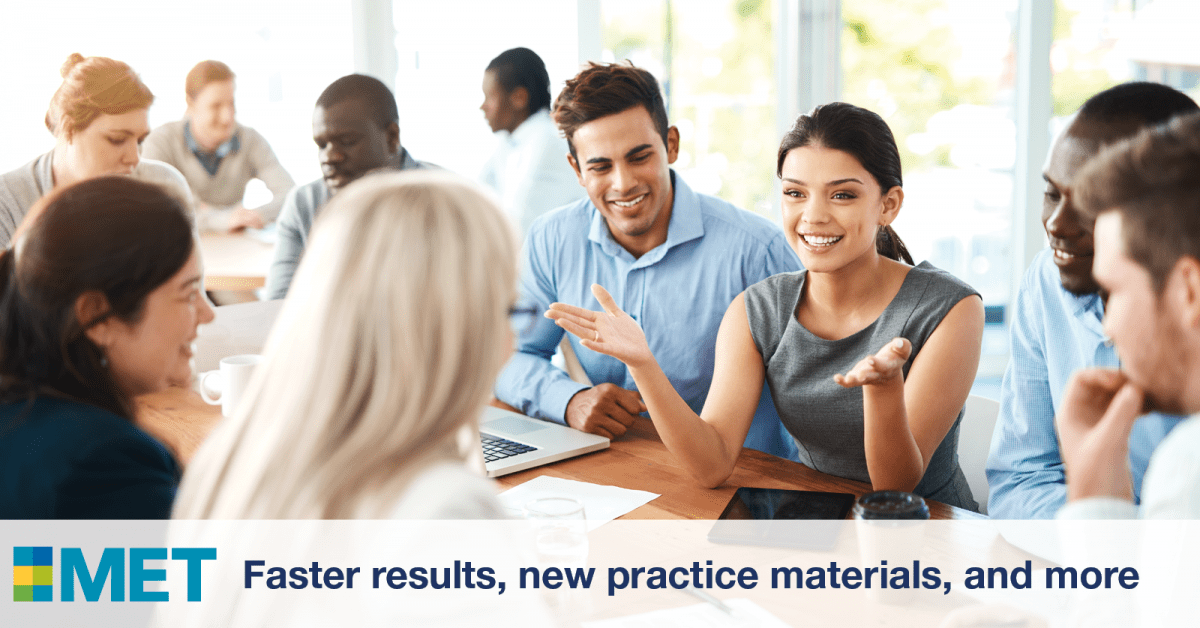 The MET (Michigan English Test) is an increasingly popular choice for English language learners seeking an international English certification at the high-beginner to advanced proficiency levels. The MET was revised in January 2019 to include more content in the academic domain, to offer two-skill or four-skill test options, and to reduce test time of the two-skill MET to 100 minutes.

Since then, Michigan Language Assessment has continued to improve the MET and MET resources with even more benefits to test takers, test centers, and preparation centers. Here are a few valuable developments that every MET test user is sure to appreciate.

Test takers can now receive their score reports much faster. English language learners who take the MET spend a lot of time studying for the exam, so they are eager to receive their results once they take the test. Thanks to new procedures, Michigan Language Assessment now returns score report results to the test center one week after the two-skill tests are returned for scoring and two weeks after the four-skill tests are returned for scoring.

All of these improvements were made with test centers and test takers in mind. The MET is continuing to gain popularity around the globe, with a growing number of test takers who choose to prove their English proficiency with the MET.

Learn more about the MET.