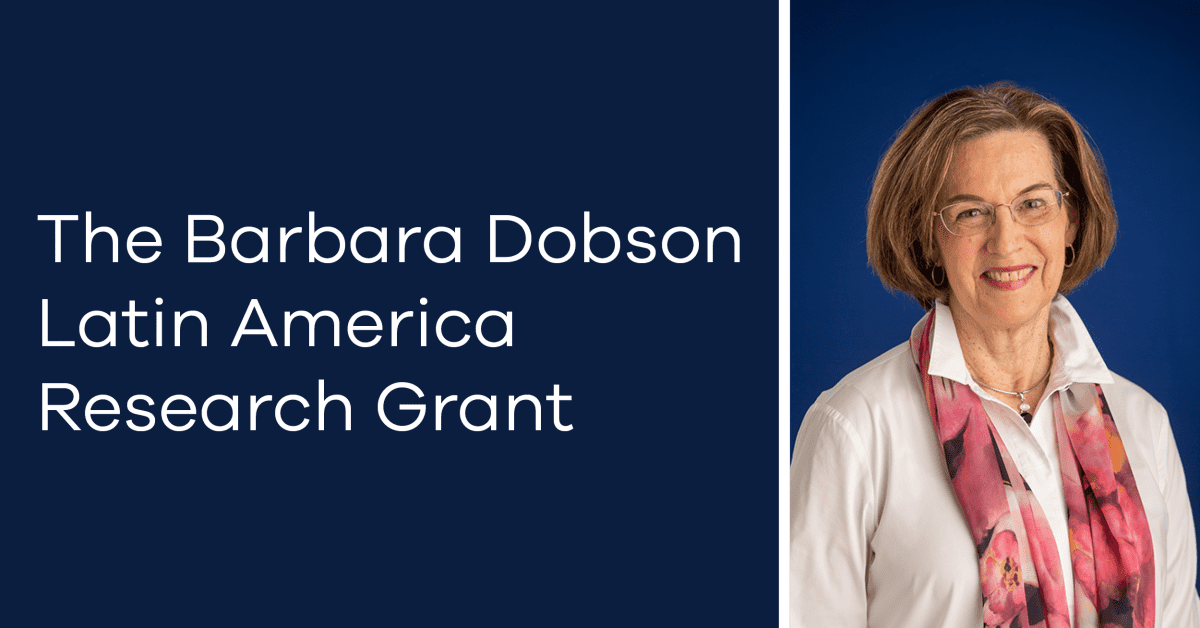 Michigan Language Assessment is proud to announce the renaming of its Latin America Research Grant after Barbara Dobson. Barbara, a beloved colleague, retired in August of this year, bringing to a close a career in language assessment that spanned five decades.

An undergraduate and graduate student at the University of Michigan starting in the late 1960s, Barbara began working as a research assistant in 1972 for the university’s English Language Institute-Testing Division, which later became Michigan Language Assessment. Apart from taking a few years off to raise a family, she worked for the organization until her retirement, leaving her imprint on exams such as the MELAB, the ECCE, and the ECPE. She has taken on many roles over the years—from gluing ribbons on test certificates to running a test center out of her kitchen to traveling across Latin America to taking on responsibilities as acting executive director as ELI-Testing Division became Michigan Language Assessment.

Outside of the organization, Barbara is an author whose textbook Reader’s Choice made it onto the New York Times bestseller list. She was also an active member of the language testing research community, serving as an officer of the International Language Testing Association for a number of years.

At her retirement party, Barbara reflected thus: “Did I do good work, and for a good reason? I think I can say yes. And the people I worked with, are they good people who do good work for good ends? I can say yes. And that makes for a good career.” Her principled and people-focused work explains why she is universally respected as a professional and as a person and why she had such an impact on all those she encountered.