What is the CEFR?: Prove Your English with an International Standard 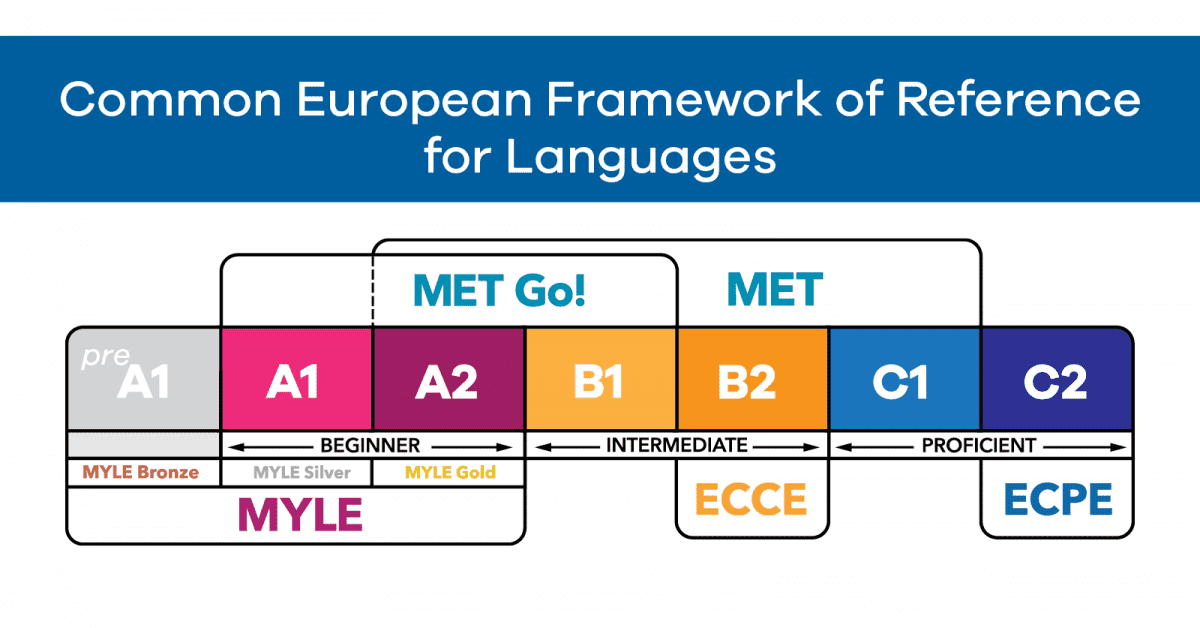 Taking an internationally certified exam, such as one of the Michigan Tests, is a great way to measure progress and ability. Learners receive valid and reliable results that show their overall proficiency levels as well as the levels for each of the four skills—listening, reading, speaking, and writing. One of the reasons that the Michigan Tests are used in so many countries is because they are aligned to international standards, such as the CEFR.

What is the CEFR?

CEFR is an abbreviation of the Common European Framework of Reference for Languages. Although ‘European’ is included in the name, this framework is used around the globe as a way to describe and compare levels of proficiency in many languages, from beginner to advanced. Exams (including the Michigan Tests), curriculum, and resources can be aligned to this framework. For example, a learner may choose to take the MET because he or she knows that the exam covers a wide range of levels on the CEFR scale, from beginner to advanced.

What are the CEFR levels?

The levels range from A1 (beginner) to C2 (proficient). 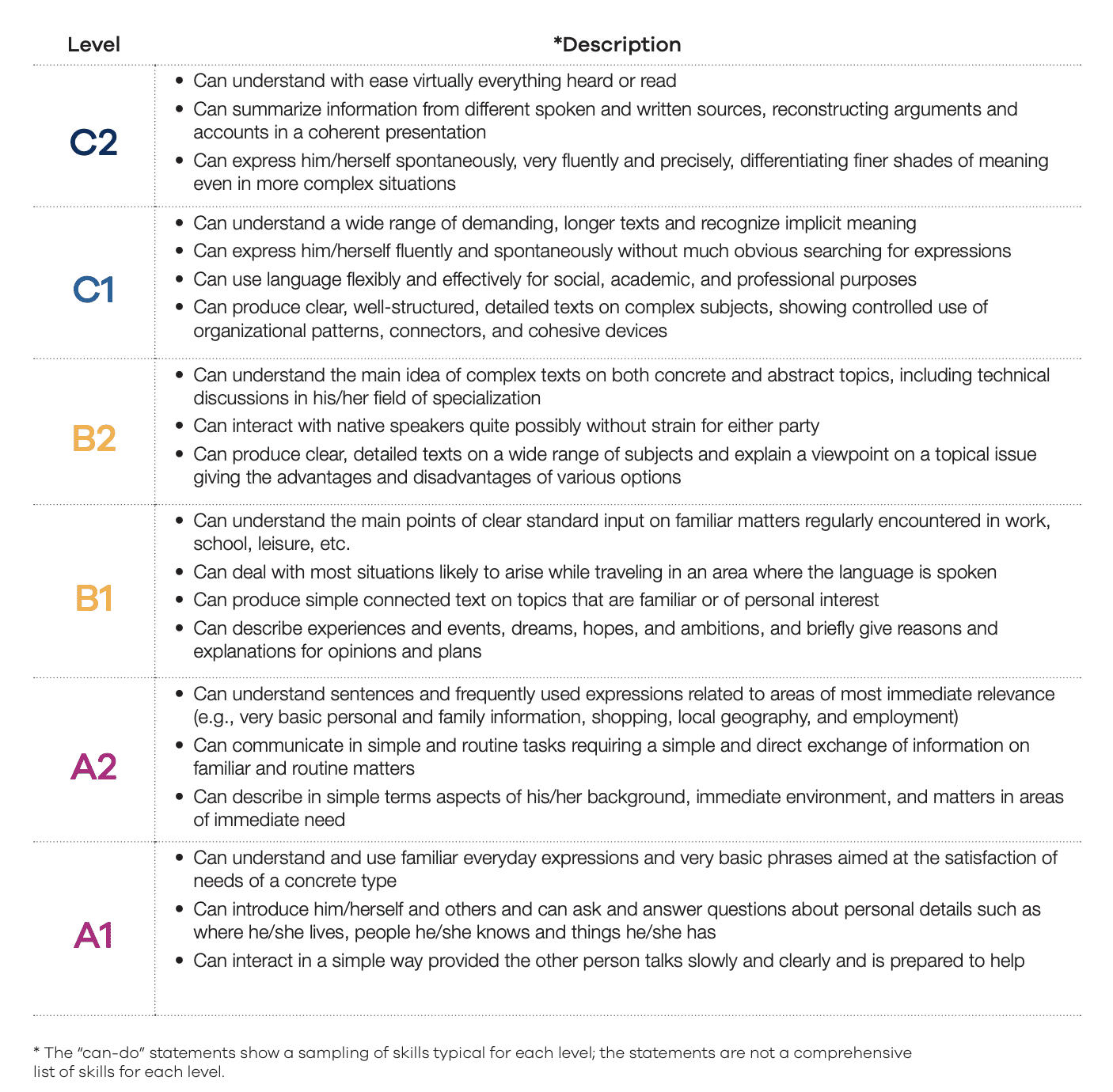 How do the Michigan Tests align to the CEFR?

Michigan Language Assessment offers both level-based and multilevel exams. Our level-based exams (MYLE, ECCE, and ECPE) correspond with a single CEFR level. When learners take a level-based exam, they can pass or fail, depending on whether they have reached specific levels of proficiency. Our multilevel exams (MET Go! and MET) span a range of CEFR levels and provide scores on a scale rather than a pass/fail result. Test takers’ overall scores indicate their level of English proficiency within the CEFR range. For example, MET is aligned to four levels on the CEFR scale, from high beginning (A2) to advanced (C1). Test takers who take this exam can prove which of these four levels of proficiency they have reached.

Are you interested in finding the right test for your level? Learn more about the exams that we offer.